After 4 years of absolutely smooth sailing, my main rig has fallen and it can’t get up. The failure seems power related, but I’ll have to go through my list of probablies and isolate the issue. Fun stuff. The following is a cross-post from an initial S.O.S. I posted over on the Gigabyte Forums.

For some reason my machine won’t stay on. Sometimes immediately, sometimes after 5 minutes, it always shuts down. If I’m in windows it will usually do it softly (actually says shutting down…), but also just seems to lose power immediately sometimes.

I’ve got the rig down to just MB, CPU, PSU, and 1 RAM. Pretty sure it’s hardware, since the problem persists in Ubuntu, and from the BIOS as well. I don’t think it’s overheating, but not sure how to tell without trying to watch several values on hwinfo / speedfan. It’s definitely not the cpu if it’s heat.

CPU passes the Intel Processor Diagnostic Tool, and RAM passed the Windows Memory Diagnostics Test. I tested the PSU with a short and a multimeter. The values were all within 1v, slightly over what’s listed.

What do I do now? Any way to check what caused windows to shutdown? Or do I pretty much need a new board?

I had already replaced the CMOS to no avail. And none of the caps looked popped, so I was holding out hope that it wouldn’t come down to the board, since I had sort of splurged on that part in the original build to leave some upgrading room.

So I ordered a new PSU to test with since a wonky power supply can cause strange behavior in other hardware, making things hard to diagnose. Unfortunately that did not fix the shutdown issue either, and I did indeed end up replacing the board with a much cheaper and less featured one of the same chipset.

To my pleasant surprise windows didn’t even hiccup with drivers, registration, or anything once I put the machine together on the new board.

Welcome to ProgradeBurn, a blog of tech issues encountered, and random essays. 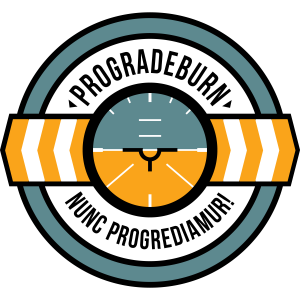